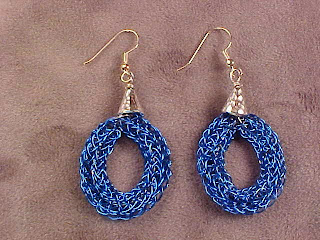 Earrings in the dawn of civilization had religious significance and only later were worn for fashion. The oldest known earrings were found in graves of nobility in Mesopotamia and date back to about 2500-3000 BC. Ancient earrings were mostly hoop and pendant styles although a plug style was worn in ancient Egypt. Earrings were a sign of wealth because poor people could not afford the expensive materials of which they were made. There was a superstion that they made eyesight better. The wearing of earrings declined in Medieval Europe at which time they were considered too flashy but returned again in the early 17th Century. They temporarily went out of fashion in the early 18th Century when bonnets which obscured the ears were in fashion. Screw back earrings were invented and became popular in the early 20th Century. Light and simple styles were popular in the 1950s. More variety in color and texture became popular in the 1960s. Pierced earrings came back into style in the 1970s and have remained so since then.
See Earrings for examples of contemporary earrings handcrafted by the Beadshaper that you can purchase.
Posted by Rose Klapman at 4:10 PM