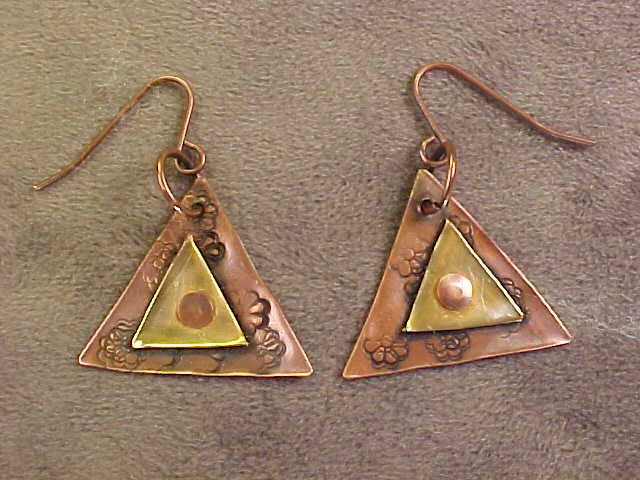 A triangle by definition  is a 2 dimensional geometric figure with 3 corners (angles) and therefore it also has 3 sides. The ancient Egyptians used triangles in designing their pyramids. Some theorums concerning triangles have been attributed to the ancient Greek philosopher Pythagoras who lived in the 6th Century BC although there is some question as to whether Pythagoras himself formulated Pythagorean mathematics or whether it was done later by some of his followers. The triangle is important in the ideas of Euclidean geometry and is the basis for many mathematical formulae. Euclid was a Greek mathematician who lived about 300 years after Pythagoras (in the 3rd Century BC) in Alexandria which was a Hellenized Egyptian city. Persian and Chinese mathematicians wrote about the mathematics of triangles in the Middle Ages. The study greatly advanced in the 17th century with the work of the French mathematician Blaise Pascal.
The Jewish Star of David consists of 2 intertwining triangles. It has been found on some Hebrew artifacts dating back to antiquity, but later around the 17th Century it became a symbol of the Jewish religion.
Triangles have played a prominent role in various designs in jewelry and architecture. In sculpture and paintings, the triangles is more likely to be found more prominently in Modern Art although it might found in a more subtle way in earlier art.
The triangular shaped metal earrings pictured above were handcrafted by the Beadshaper. You can see more of her work at Metal Jewelry Shaper
Posted by Rose Klapman at 2:16 PM