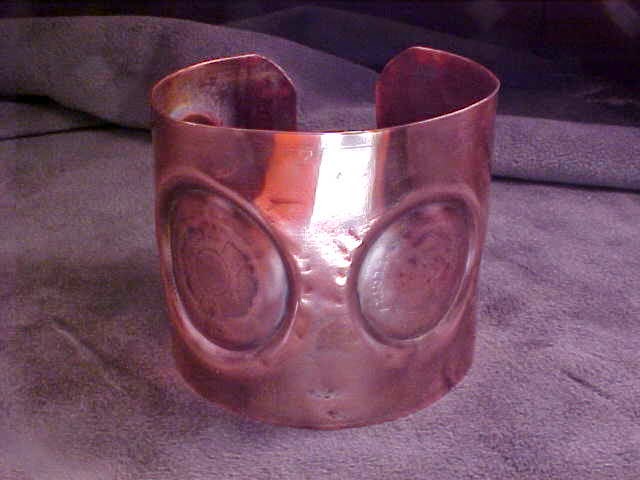 The most ancient civilization existed thousands of years ago in Sumer which was a collection of city states in Mesopotamia. The position of women in relation to men in Sumerian society varied according to which location in Sumer, at what point in history, and what level of society. As farming became more prevalent, men were more likely to do the heavy farm work (like plowing). Women would process the farm products (like churning milk, grinding grain, and weaving cloth. Although women were usually in a lower position than men, the difference was less in the earliest years than later. Women often sold the goods they made and went to the market place to buy the raw materials they needed to make the goods. The deity for many communities was often a goddess. In later years men engaged in commerce and women stayed home doing housework. Women in the nobility and priestesses could often read and write, but commoners did not. Women wore long tunics, henna make-up, and jewelry.
The bracelet pictured above is a nowadays bracelet hand made by Rose. See Metal Jewelry Shaper and Beadshaper for examples.