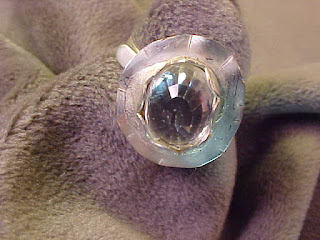 Cubic Zirconia is a synthetic material that looks like and feels like diamond, but is less expensive. Baddeleyite, the natural precursor of zirconia was first discovered in 1892. Pure natural zirconia was discovered in 1937 by Stackelberg and Chudoba. The first attempts at synthesizing zirconia were made in France in the 1960s, but the method for the practical production of zirconia began in Russia in the 1970s. At first, its main use was in laser physics. Later it became used in jewelry as a less expensive substitute for diamonds.