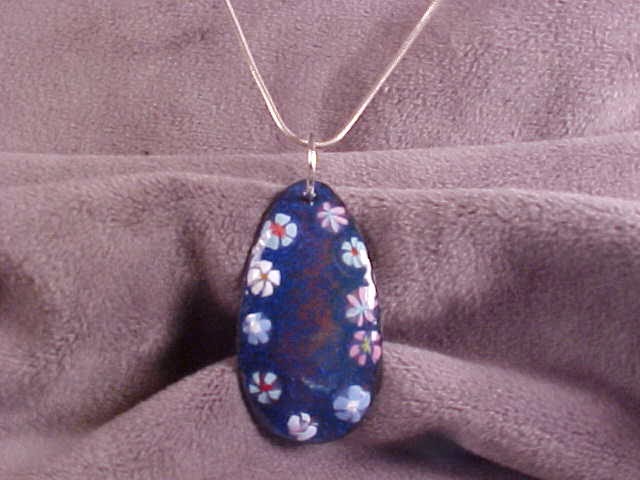 Enamel is made by heating and fusing colored glass fritte (ground up glass) to a solid material, usually metal or ceramic, producing a bright glassy smooth surface. Enamel is best known in colored metal jewelry of a certain appearance and in ceramic pottery.

The history of enamel goes back to ancient times. The ancient Egyptians used the technique mainly in finishing pottery. The ancient Persians, Greeks, and Romans enameled jewelry in addition to pottery. Enameling continued into the Middle Ages among the Gauls of Northern Europe, in Byzantium, and in the Islamic lands. It reached China around the 14th Century where it has continued to remain popular to the present. Enameled jewelry became less popular in Europe in the 18th Century, but its popularity revived in the 19th Century and retained its popularity until now.