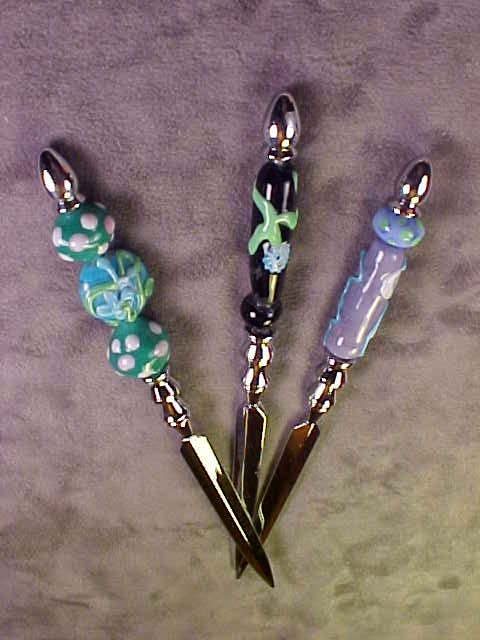 An early predecessor of the letter opener was the pen knife which was used during the Middle Ages (and until metal pens were invented) to trim and sharpen the points of quills which were used for writing. In the 18th Century, printing was developed to the point where large numbers of pages were were printed on a large sheet of paper which was then folded and cut by hand with a paper knife. The paper knife by the 19th Century evolved into the letter opener which is still in use to open envelopes. The handles of letter openers have often been ornately decorated. The letter openers shown above are adorned with lampwork glass beads handcrafted by Rose and can be found on her web site at Beadshaper.
The featured creation on the Beadshaper web site in September is the Lilac Eyes Letter Opener. 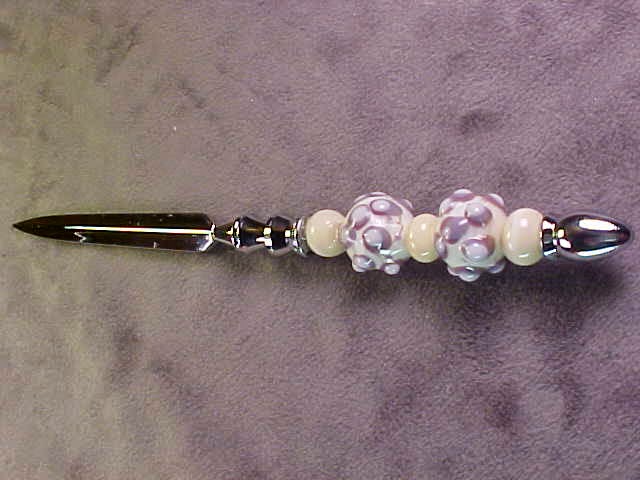