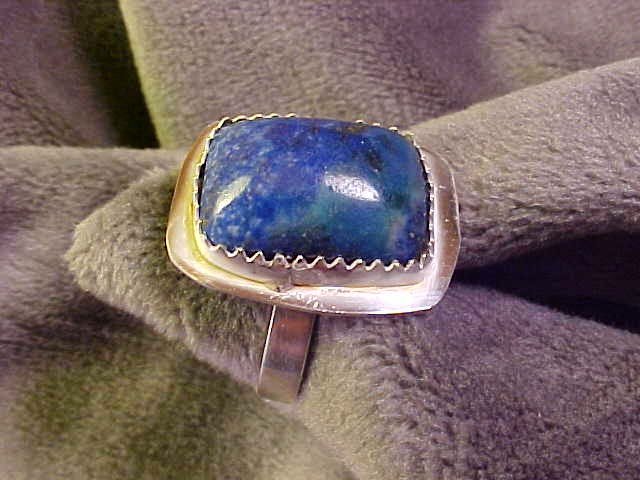 Rings have been in use by people for thousands of years going back to Prehistoric times. Prehistoric rings from the Neolithic period have been found on the island of Java in Indonesia. Other prehistoric tings have been found by archeologists at sites all over the world, e.g. the British Isles, the islands of the Aegean Sea, and in North America.
The wearing of rings was already well established by the time of the rise of ancient civilizations. The ancient Egyptians wore rings as far back as around 3000 BC. Rings are known to have been worn around 1500 BC in the ancient Hittite civilization which existed in what is now Turkey. The Greeks and Romans wore rings, and the custom has continued to present times.
The ring pictured above was handcrafted by Rose and can be found on her website at Metal Jewelry Shaper