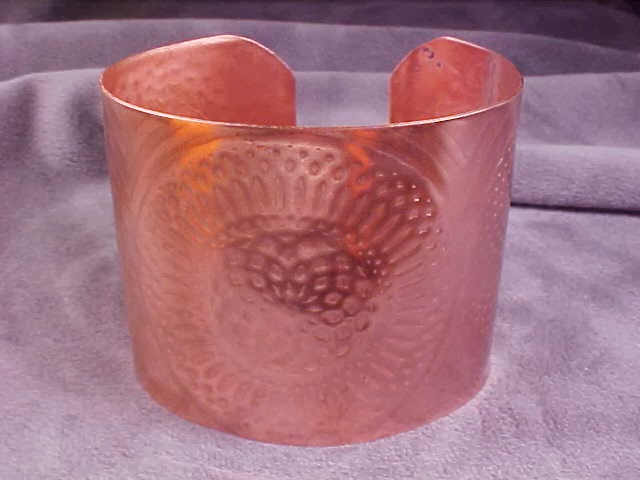 Copper was the first metal mined at the dawn of civilization about 10,000 BC in Mesopotamia and Persia. It was first used for trinkets and tools, then for pots and pans. Bowls were made by hollowing out a block of wood, placing a sheet of copper on it, and hammering the copper to fit the shape of the mold. The ancient Egyptians found that copper was the best material for water pipes. Some copper pipes found in ancient Egyptian buildings remain intact today thousands of years later. The Egyptians also developed bronze (which is harder than copper) by alloying tin with copper. Much of the copper used in Egypt was mined in the Timna Valley in Israel and much of the Greek and Roman copper came from Cyprus. Copper later came into use in India and China. The Pre-Columbian civilizations of the Western Hemisphere developed copper mining independantly. European scientists discovered the ability of copper to conduct electricity much later in the 17th and 18th Centuries. That discovery was necessary for the scientific advances that made the world what it is today.
You can find a number of exciting hand crafted copper bracelets for sale at Metal Jewelry Shaper
Posted by Rose Klapman at 4:01 PM