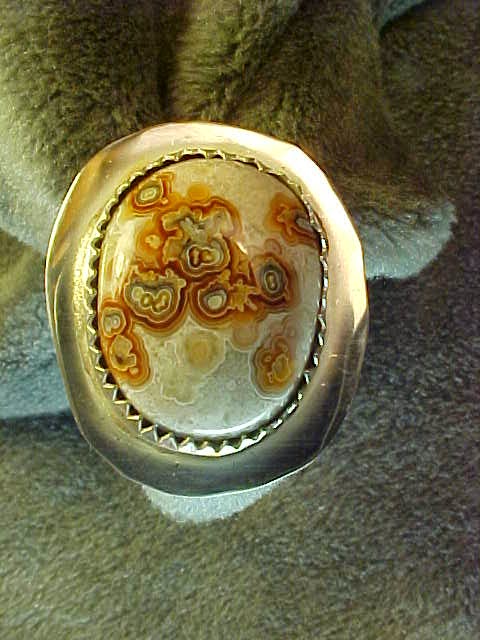 Paprika is a condiment made from certain kinds of dried peppers. In fact the name paprika comes from the word for pepper. Paprika is often associated with Hungarian cooking, but it can be found in various cultures. The Hungarians learned to cook with paprika from the Ottoman Turks when the Ottoman Empire ruled part of Hungary in the 16th and 17th Centuries. Paprika has continued to be popular in cooking to the present day.

The gem stone set in the above ring made by Rose, the metal jewelry shaper, is named paprika because of the rust colored spots over the greyish beige background. It can be found at the Metal Jewelry Shaper web site.