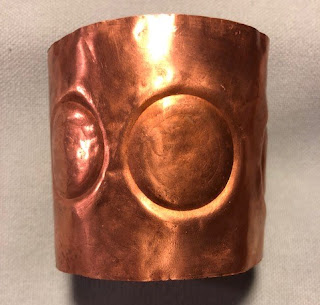 The Amazon women in Greek mythology were supposed to be a community of women warriors who only kept men around for breeding. They were said to live at the southern coast of the Black Sea. Interestingly, archeological excavations of ancient ruins in that area has indicated that there were some women warriors among the people living in that area in ancient times.

You can find the cuff bracelet pictured above at AMAZON WOMAN COPPER CUFF BRACELET (beadshaper.com)