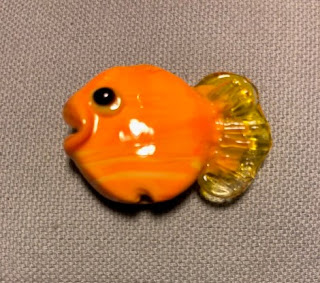 Goldfish are yellow and orange mutations of carp that have been bred for at least one thousand years, beginning in China because of their attractive color. At first they were kept in ponds and later in glass containers for better display. Eventually a law was made allowing only Chinese nobility to keep yellow goldfish because they were considered more regal. Commoners were only allowed the orange variety. Therefore, the orange ones remained more numerous. Eventually in the 17th Century goldfish were exported to Europe via Portuguese travelers. Later in the 19th Century goldfish became popular in the United States and have remained so today.