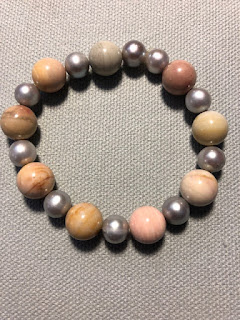 The custom of giving gifts goes back to prehistoric times. In the ancient world gifts were customarily given to kings and emperors by lesser nobles to show their loyalty. These gifts (also known as tributes) were often not voluntary. Gifts were often given to the gods in the form of sacrifices. Gift giving among people of equal stature was also done, but in those cases a reciprocal gift was considered appropriate. This might have been the beginning of the concept of bartering which ultimately led to the inventions of money and trade. Gift giving became institutionalized in the festivals of the Romans and continued to the present time.

You can find great gifts for any occasion at www.beadshaper.com/gallery .