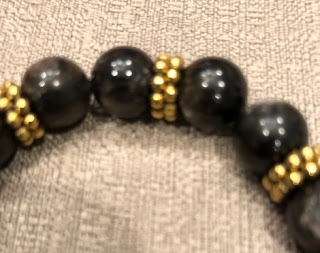 Mica is a mineral found in igneous and other rocks which is resistant to heat and electricity and has both industrial and decorative uses. It has been used as gem stones as pictured in the above photo and other forms. It has also been ground into a powder and made into a glittery paint. The earliest known use of mica paint was in prehistoric cave paintings. Later it was used for various purposes by the ancient Egyptians, Greeks, Romans, and Chinese. The Pyramid of the Sun built by the Pre-Columbian Aztecs in Mexico contains considerable amounts of mica. The mining of mica expanded in the early 19th Century with the discovery of large deposits in Africa and South America. In recent times the largest producers of mica have been Russia, the USA, China, India, South Korea, and Canada.